We are pleased to provide a variety of resources on accounting, taxation and other related subjects that we hope will be helpful to both individuals and businesses. Read through our blog posts below or browse through our Quick Tools resource menu at right. Have a question that isn’t answered here? We can help. Simply contact us by email or give us a call at 807-276-6272. We would be happy to meet with you for a free, no-obligation consultation.

Winston Churchill once said: “We make a living by what we get, but we make a life by what we give.”  Canadians have a long history of charitable giving, with well over 90% of adults and youth making donations each year.

The Canadian government recognizes and appreciates our culture of giving, and is committed to promoting the giving spirit.  Hence Canada has tax incentives for charitable donations, which have been described as among the most generous incentives in the world.

Charitable donations can significantly reduce the amount of tax owing.  Generally, the first $200 claimed will result in a federal tax credit of 15% of the gifted amount, while any additional donations are credited at 29%.  Any provincial credits are in addition to this amount.   In spite of these generous tax credits, less than 1 of 4 Canadians report charitable donations on their tax returns.

In an effort to further encourage the spirit of giving, the Government of Canada has introduced a temporary First-time Donor’s Super Credit.  This credit is an additional 25% of the gifted amount, thus raising the federal tax credit to 54% the portion of donations over $200 but not exceeding $1000.  An individual may qualify for this credit if neither the individual nor the individual’s spouse or common-law partner has claimed charitable donations in any taxation year after 2007.

Perhaps you have made donations to a registered charity, but do not need the credit to reduce your taxes this year.  Unused charitable donations can be carried forward up to a maximum of five years.  Combining several years’ donations will also provide you with a greater credit, unless the combined donations exceed 75% of your income for the year.

Another tip to making the most of your donations is to combine your and your spouse’s donations on one return.  The first $200 claimed is generally credited at 15% on the federal return, while any remaining donations earn a credit of 29%.  The provincial returns generally follow a similar pattern.

Protect your donations after they have left your purse.  Avoid scams.  Research the charity before you donate.  The Canada Revenue Agency offers a listing of registered charities to enable taxpayers to check whether a charity is registered, and to view how the charity has reportedly used donated funds in past years.

As in all other tax-related matters, be sure to keep receipts to prove your charitable donations.  Failure to keep your receipts will likely result in your claim being disallowed, as evidenced in Sowah v. The Queen (2013) TCC 297.

Giving because I am grateful ...

Giving because others in the world are less fortunate than I...

Giving to aid a worthy cause...

These are respectable motives for giving.  Giving can move mountains for those who are less fortunate.  So give, and give generously, and the rewards will be sure to follow.

When you subscribe to the blog, we will send you an e-mail when there are new updates on the site so you wouldn't miss them.

To ensure the best possible service to our clients, we work continually to retain a professional edge by maintaining active memberships in various trade associations and being up to date on the latest accounting and bookkeeping software. 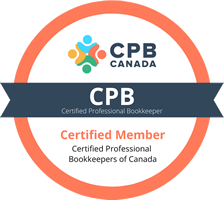 You need to enable user registration from User Manager/Options in the backend of Joomla before this module will activate.